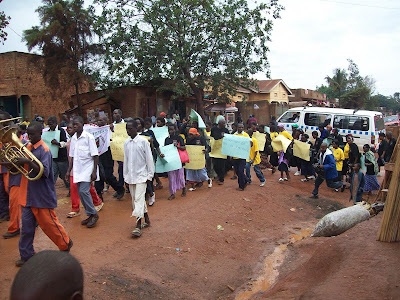 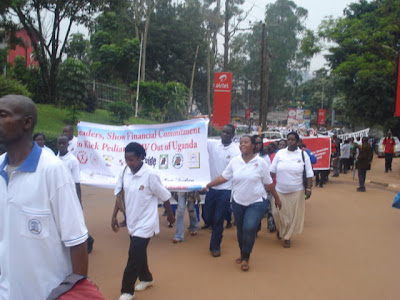 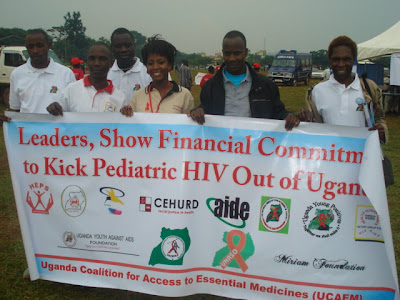 Uganda Health and Science Press Association (UHSPA Uganda), a registered LGBTI
network of groups and individuals working to mainstream minorities rights to health into Uganda’s Public health policies and laws, welcomes government’s commitment to meaningful engagement with leaders of sexual minorities groups advocating for the Rights to Health in the last one year under review. UHSPA also works to end homophobia, transphobia, media defamation and hate crimes on LGBTI persons.
While a number of homosexuals shunned public health facilities in the year under review for fear of being arrested due to the Anti Homosexuality Bill 2009 tabled in the 8th Parliament,government’s interest in engaging with sexual minorities is a notable step in the right direction.
Sexual minorities, particularly Lesbians, Gays, Bisexuals, Transgender and Intersex continue to face enormous challenges in access to care, support, treatment and information, especially on HIV prevention in Uganda.
Given that homosexuality is still classified as crime under the penal code, many gay people are not able to obtain information on their health, especially on HIV/AIDS and STIs. We call on the government to have a change of heart and honour calls to decriminalize homosexuality,provide VCT services to homosexuals by openly supporting gay support groups with medical personnel, supplies and ART. We ask Uganda Revenue Authority not to confiscate supplies meant to help in information and protection of LGBTI from HIV infection, especially lubricants and dental dams on pretext that they are tools of homosexuality.
There is a genuine public health challenge of a bridging population of new infections if homosexuals are intentionally left out in health policy and HIV/AIDS programming. We encourage the Ministry of Health, stakeholders, CSOs and especially Uganda AIDS Commission to mainstream homosexuals rights to health in Uganda’s Public Health Policies and Laws.
We also call on the 9th Ugandan Parliament to mainstream the Rights to Health for Sexual Minorities in the HIV/AIDS Control Bill 2010 when it is retabled as well as other public health policies and laws. Our strong desire is that the Uganda HIV management bill should be in line with the East African HIV/AIDS management bill, and specifically do away with criminalizing HIV/AIDS.
We call on the government to honour commitments made at the 12th Universal Period Review of the United Nations Human Rights Council to take immediate concrete steps to stop discrimination and assaults against LGBTI persons and gay rights activists and afford them the fundamental and inherent right to health, without any discrimination based on sexual orientation 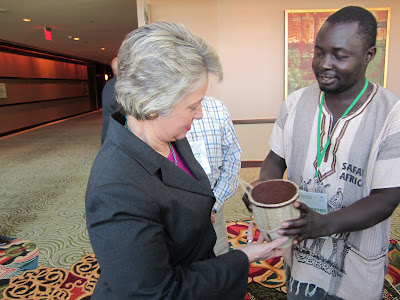 Uhspa director, Kikonyogo Kivumbi giving the mayor of Houston, Texas an African drum at Hilton America's Hotel in Houston,Texas, December 2,2011. Mr. Kikonyogo told Ms Annise Parker, an open Lesbian leader herself that Ugandan homosexuals are denied the right to health in public health facilities for who they. He encouraged Houston to open up sister relationships with Ugandan towns and city to promote health care for the poor and marginalised 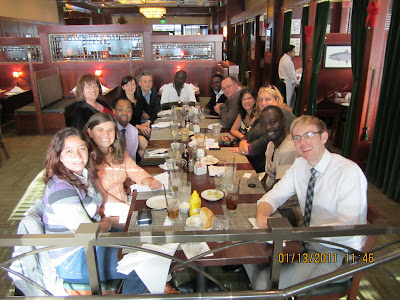 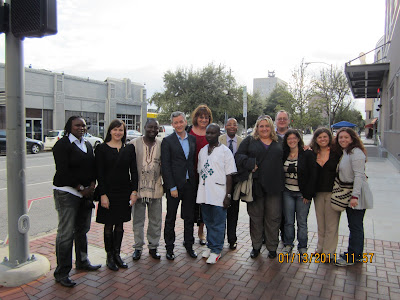 The activists led by Uhspa director, Kikonyogo Kivumbi met a number of elected US officials from various states at a meeting in Houston, Texas. They include Ms Jay Abang and Mr. Eriya Kamya. The activists want the US elected politicians to prevail over their government to encourage the member countries of East African Community streamline gay rights to health in the East African management bill.

Mr. Kikonyogo told the meeting that East African HIV prevalence was high among gay people because their governments are reluctant to designing specific programmes targeting GAY PEOPLE. The meeting attracted allies from Canada, Polland, Argentina, Venezuela, Colombia among other countries