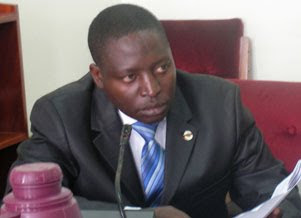 A KEY prosecution witness in a rape case against Forum for
Democratic Change ( FDC) leader rtd Col. Dr. Kiiza Besigye, told a
high court judge in Kampala prior to the 2006 presidential elections
during cross-examination, that the accused would “invite her to his
home in Bombo every weekend and raped her.”
It was a suspicious case from the start, with the accused citing
sabotage, political intrigue to stop him from standing, and he was
later acquitted.
But the witness statement changed the entire course of the trial in
public’s eye when it was reported in the media. The media was able to
report it without fear or favour, because court proceedings, like
parliamentary debates are privileged- meaning they can be reported
exactly as they are spoken out.
And this is the most crucial aspect of press freedom in judicial
proceedings that the anti homosexuality bill 2009 tabled in Parliament
by Ndorwa West county Member of Parliament; Hon. David Bahati is
seeking to end in cases of suspected homosexuality. The media is
mentioned by name in the bill as a target.
It is a contradiction to the established Journalism Code of Ethics as
enshrined in the Independent Media Council of Uganda provisions. This
bill seeks to establish new restrictions on the public’s right to
information as also provided for in the access to information act from
courts of law, like other public institutions, in cases where a
serious crime punishable by death, yet the media is already self
censoring in cases the bill is citing.
The bill seeks restriction on the media work of monitoring centers of
power and influence, while taking personal and institutional
responsibility as per their code of practice. This bill a curse to
all those who cherish press freedom and parliament should not pass
it.
Under section 6 (i), the Bahati bill seeks to restrain law enforcement
officers, prosecutors, judicial officers and medical practioners as
well as parties to the case from disclosing the identity of the
victim.
While it is true that in some cases, especially those involving
children in sex crimes, the names and identity of the victims are
withheld, some instances with an overwhelming public interest and
news value overrides the right to privacy. Under section 6 (ii), the
bill states in parts “……in cases involving children and other cases,
where the court considers it appropriate, proceedings of the court
shall be conducted in camera, outside the presence of the media.” But
the reference to “ other” in this case is ambiguous and can be
manipulated by some people to victimization and framing

The bill targets editors, reporters or columnist as well as
announcers and ,producers with a fine of up to 250 currency points.
But the bill’s spirit to stop the media from attending such court
sessions, involving homosexuality cases, access to the documents,
including medical report is suspicious. The spirit behind such
provisions is an attempt to control and stifle the public’s right to
information, and promotion of transparency and democracy.
Yet under section 7.3 of the journalism code, “ It is justified to
publish information about individuals where there is for detecting or
exposing criminal conduct; detecting or exposing seriously antisocial
conduct, protecting public health and safety.”
But more so, the spirit behind the Bahati bill points a bad picture
about the prisons services in Uganda. While the aim of the prisons is
to help transform individuals into morally and socially acceptable
members of society before reintegrating them after serving their
sentences, the bill suggests that all convicted gays and their
accomplices must be thrown in jails. But if homosexuality is such a
bad thing as the likes of Bahati imagine, then why not suggest
specialized electronically separated cells for convicted gays to avoid
“ bad touches” of those who are not gay.
Our working on health rights of people in incarceration indicates
that prisoners have rights to dignity, protection and fundamental
values.
Bahati’s condemnation of gays to jail without suggestions of how they
will be handled or building specialized jails reinforces the widely
held view that gays need to be helped in society than being hanged or
sentenced for life as the like of the Ndorwa MP suggests. 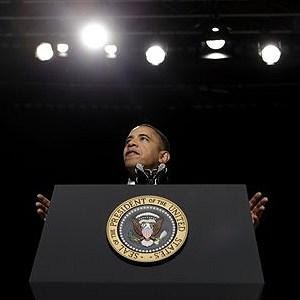 U.S. President Barack Obama has sharply criticized an anti-gay bill in Uganda that would impose the death penalty in some cases.

Speaking Thursday, President Obama described the measure as "odious." He said that while people may disagree about gay marriage, it is "unconscionable" to target gays and lesbians in a dehumanizing way.

Mr. Obama made the remarks during a prayer breakfast in Washington hosted by an evangelical group known as "The Family."

Ugandan politician David Bahati, who activists say is a member of The Family, proposed the controversial legislation.

Earlier this week, a group of 200 U.S. lawmakers introduced a resolution condemning the proposal in Uganda, saying it would set a troubling precedent.

Supporters of the measure in Uganda have dismissed the outside criticism as a new form of colonialism.

Ugandan President Yoweri Museveni recently said the bill has become a "foreign policy" issue. He has urged lawmakers to craft a measure that takes into account both Uganda's principles and its foreign policy interests.

Kenya and Tanzania already have anti-gay laws that gay activists fear could be expanded.