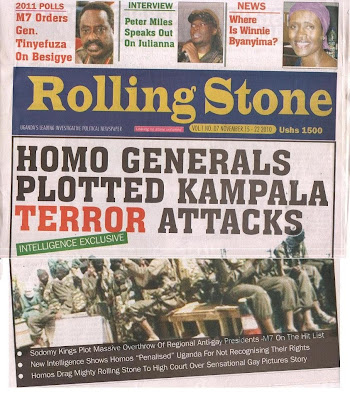 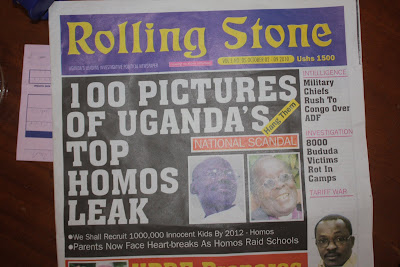 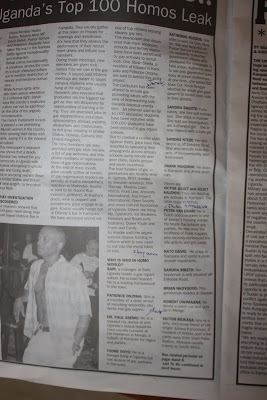 A group of American Evangelical Christian Pastors have started a newspaper in Uganda to fuel hatrade crimes and calling for death against Gays. The tabloid named the rolling stone in its maiden issue, scanned copies besides here,Monday this week, called for the " Hang them", while publishing photos and names of alleged homosexuals in Kampala.This is an innovation after the Anti Homosexuality Bill 2009 has been put on hold by Ugandan parliament.