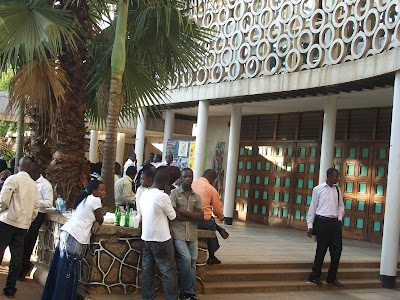 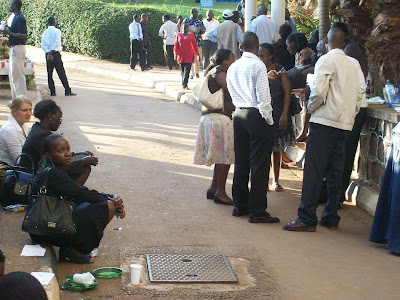 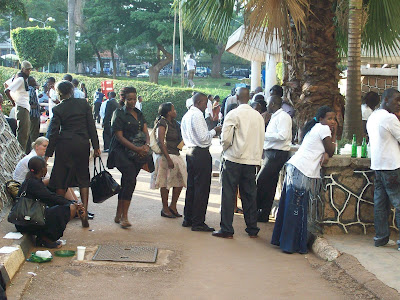 Activists stranded at the National Theatre, soon after Dr Buturo blocked film.UHSPA Photos
Dec 17-2010-Human rights defenders yesterday gathered in Kampala to protest Nsaba Buturo, the Ugandan Ethics minister’s ban of the viewing of a documentary highlighting the work of UHRC and the challenges they face. In the film, Mr Kikonyogo Kivumbi, Executive Director of UHSPA who is identified as the defender of minorities, disparages the Ugandan Anti-Homosexuality Bill as an object to deny the rights of the minorities.

Led by Uganda Human Rights Commission (UHRC) chairperson Medi Kaggwa, the rights defenders in a joint statement said Mr Nsaba Buturo’s move was unconstitutional. “The documentary was one of the series of activities aligned in commemoration of the International Human Rights Day on December 10.

In attempting to justifying his action, Mr Buturo said the organizers wanted to indoctrinate the youth on homosexuality. Mr Buturo told Daily Monitor that the organisers refused to delete the homosexual content in the documentary.

“Some people are determined to change the morals of our country and are using all tactics. We shall put up resistance because Uganda doesn’t believe in homosexuality,” he said, adding that 40 pupils were invited to watch the documentary. “This is terrible. I told those people to shut up because they are supposed to defend our country,” Mr Buturo said.

Mr Kaggwa said the film only contains interviews of human rights defenders on their experiences and challenges in performing their work as well as recommendations for promotion of human rights especially among the minority groups such as women and people with disabilities.

In the documentary that was shown to journalists at UHRC headquarters, Mr Kikonyogo Kivumbi comments on the rights of the homosexuals to health services and cites the Anti-Homosexuality Bill that allows medical practitioners to report gay patients to police.

“We are giving a very strong voice to Parliament not to pass the Bill because it will discriminate against minority groups like the homosexuals. Uganda is committed to fighting HIV and Aids and when minorities are threatened with arrest, they will fear to go for medication and yet it is their right,” Mr Kivumbi says in the documentary.

Mr Kaggwa said children who were present at the function were invited to make presentations in the form of songs and poems on the theme of the day and were not there to view the documentary.

“The commission is now the spokesman of the people breaking the law, we did not appoint them to promote illegalities,” Dr Buturo said while addressing journalists in Kampala yesterday. “Some people are determined to change the morals of our country and are using all tactics. We shall put up resistance because Uganda doesn’t believe in homosexuality.”

Despite the ban on Monday, the video was shown to journalists and students on Wednesday at UHRC headquarters.
Source: http://www.monitor.co.ug/News/National/-

Minorities meet Parliament Speaker over the Right to Health 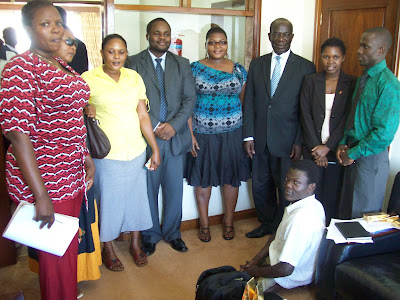 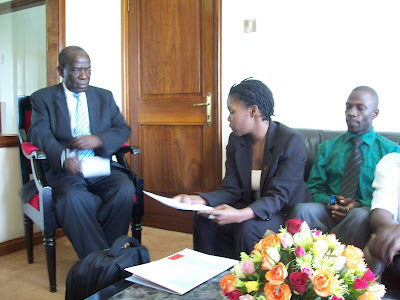 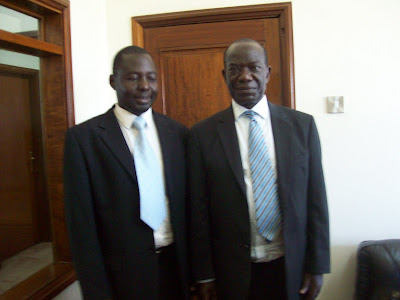 Minority leaders have this morning met the Speaker of Parliament, Edward Kiwanuka Ssekandi to petition over the right to Health. The group was led by Macklean Kyomya,leader of sex workers rights organisation Wonetha, and Mr Kikonyogo kivumbi, the UHSPA executive director. We gave him condom gifts and macklean told him the hiv/aids control bill 2010 should be fair and incorporate sex workers as active stakeholders in the fight against hiv/aids prevelance in Uganda. The speaker said he was happy and would forward the opinions in the petition to the social services committtee currently handling the bill for consideration, and possible inclussion.