Haiti: AMARC calls on community broadcasters to rally in support 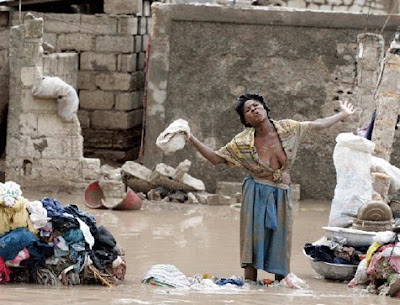 Friends, ignore Pator Pat Robertson and heed this call. As journalists, we have a responsibility to support those in pain with our actions and intentions.

AMARC, the World Association of Community Radio Broadcasters, calls on
community radio broadcasters worldwide to rally in support of the people
of Haiti, following the massive earthquake that has killed thousands of
people and destroyed essential infrastructure.

It is estimated one third of the country's 9 million population have
been affected, tens of thousands have died and many more are injured and
without adequate medical support. The earthquake has caused extensive
damage to communication systems and other vital services. Among the many
people directly affected are community media workers and their families.

AMARC is conducting an urgent assessment of the status of community
broadcasting in the areas affected and is working to mobilize resources
and technical assistance. AMARC estimates that at least 12 community
radio stations are located within the zones that have suffered the most
severe earthquake destruction. The full extent of the impact is not yet
known.

Even before this catastrophic disaster, Haiti faced enormous problems of
transport and communications infrastructure, access to electricity and
high rates of illiteracy. Community radio has developed, since 1992, as
an essential part of Haiti's communications landscape, reaching the
poorest communities and enabling their participation in development.

Community media have a vital role to play in times of emergency and
disaster. The restoration of communications infrastructure will be an
essential priority of the humanitarian emergency response effort. AMARC
will be working, in partnership with local community radio organizations
in Haiti, to support the reconstruction of community broadcasting services.

For contact details of the major relief agencies and to make offers of
equipment, technical support or other assistance for community radio in
Haiti please visit http://www.amarc.org/

------------
AMARC
Through service to members, networking and project implementation, the
World Association of Community Radio Broadcasters AMARC, brings together
a network of more than 4,000 community radios, Federations and community
media stakeholders in more than 115 countries. The main global impact of
AMARC since its creation in 1983 has been to accompany and support the
establishment of a world wide community radio sector that has
democratized the media sector. AMARC advocates for the right to
communicate at the international, national, local and neighbourhood
levels and defends and promotes the interests of the community radio
movement through solidarity, networking and Cooperation. 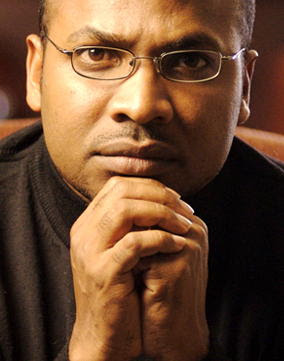 Pastor Martin Ssempa, pictured right, a fanatical,extremist and radical evangelical "christian" is reported in local media today that he would mobilise "at least a million Ugandans for a demonstration, scheduled for February 17 in Kampala" to force government to pass the anti homosexuality bill 2009.

This pastor,who has credentials of stiffling media freedom in Uganda , with support of fanatical groups in America wants gays to be hanged. He has in the past tried to burry the red pepper, a tabloid with numerous court cases,which were all thrown out.How sad. As this bill targets the media by name, we are reproducing the entire text.